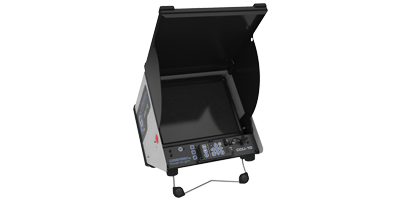 DeepSea Power & Light’s new diver video system, DVS-300, assisted in creating the largest and most precise archaeological map of the five invaded beaches in Normandy to commemorate the 70th anniversary of D-Day. The DVS-300 took on the momentous task of identifying wrecks along 511 km2 of coastline in just 27 days.

The DVS-300 collected data and pictures of sunken ships, hidden WWII artifacts, and a spectacular portrait of history. The diver video system was able to capture the stunning images with full frame rate video; as well as, more compact low frame rate video and still images. The DVS-300’s light weight and compact size made it easy to transport between the two French vessels “Andre Malraux” and “Etoile Marine’s Magic Star” in addition of being used on a 6 meters long rigid-hulled inflatable boat for quick target identification.

A moving and inspiring experience for all those involved, data collected will update the international wreck database, support the goal of defining the Normandy beaches as an UNESCO World Heritage Site, and 3D images will give visualizations to the wrecks that lie below. The exciting work collected by all those involved and the wrecks identified by the DVS-300 will be aired on PBS and French Television to commemorate the 70th anniversary.