As seen in the August 2017 issue of ROV Planet. 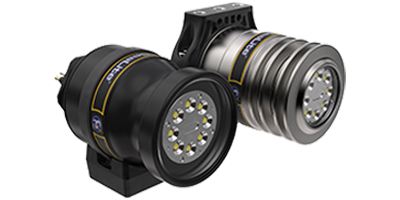 The LED SeaLite has many configuration options to address and adapt to market needs.

The LED SeaLite has many configuration combinations. Features include up to 10,000 lumens output in both AC and DC driver configurations; aluminum or titanium housings; a sapphire port with a 6,000 m or 11,000 m depth rating, or an acrylic port with 4,000 m depth rating; and wide, flood, or spot single beam angle configurations. This subsea LED light is field serviceable with no soldered wire connections or specialized tools required. DSPL’s broad connector compatibility coupled with the option to fit a classic mounting collar or compact saddle bracket makes integration simple.

Three LED SeaLite models are currently available: LSL-1000, LSL-2000, and the new Multiray LSL-2025. The Multiray LSL-2025 model introduces compelling technology that configures a single luminaire with two sets of LED sources that can be operated independently or in tandem, each with its own color and beam pattern. 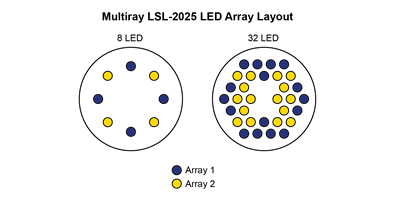 Figure 1. Multiray is available with 8 or 32 LEDs in the light engine. The light engine is divided into two arrays of LEDs each of which occupies half of the available positions in a balanced layout.

In the LSL-2025, the light engine is divided into two arrays of LEDs. Each array can be populated with a different color of LED source, selected from: whites, blues, greens, reds, and other colors; along with ultraviolet and infrared non-visible emitters. LED arrays can be fit with a choice of optics to produce a variety of beam patterns from a 115° wide flood to a 28° narrow spot. Two different light engine configurations exist: an 8-LED and a 32-LED. In both configurations, each array occupies half of the LED positions within the light engine (Figure 1). These layouts accommodate a wide variety of LED source and optic combinations. 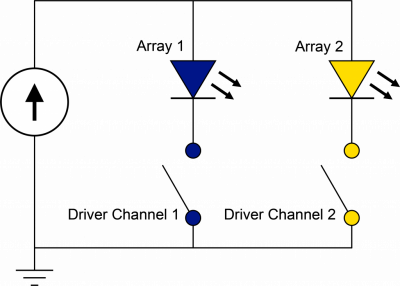 Figure 2. Each array is controlled separately through a driver channel. The driver control switches between the color and beam pattern combinations configured in each light engine array

Control Methods with the Operator in Mind 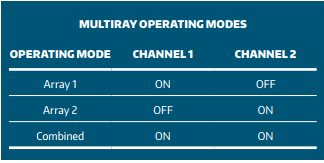 Figure 3. The arrays operate separately or combined. The combined operating mode is available in configurations where array forward voltages match.

For systems without serial control, the power cycling control option for Multiray is a straightforward method to change the operating mode. Power cycling is compatible with any of the analog and serial dimming control methods to make retrofitting existing systems with Multiray luminaires easy.  Turning off power to an LSL-2025 and turning it back on within three seconds advances the operating mode from array 1 to array 2, then from array 2 to combined (if available), and then from combined back to array 1.

Multiray allows more control for optimal imaging when operators must adjust settings in changing subsea environments. While a traditional luminaire only offers the option to dim lighting, the LSL-2025, with its combined LED sources and optics, provides a range of options to minimize backscatter and optimize visibility in turbid environments.  The operator might use a daylight white LED source to survey a location and switch to a warm white, color, or high CRI source to better view a biological sample or corrosion site.

A Multiray luminaire configured with monochromatic LEDs enables a system to perform more than one job function on a single deployment when different LED colors are required. A single luminaire equipped with a green LED array and a blue LED array can perform leak detection of either rhodamine or fluorescein based dyes saving time and cost.

Configuring Multiray with beam pattern combinations supports multiple observation tasks. Operators can better control where they put light with an LSL-2025 flood and spot beam pattern configuration. When used along with a zoom camera, this light combination gives the operator the ability to follow the camera’s field of view and place the light where it is most needed by switching from a flood beam to a spot beam when the camera zooms onto a target.

LED SeaLite and Multiray: Do More with Less

DeepSea Power & Light provides subsea technology that maximizes performance, durability, and value. The LED SeaLite exemplifies these traits with a robust design, performance efficiency, and affordable implementation. With a subsea Multiray LED light functioning as more than two lights combined into one, projects can count on the reliability of the LED SeaLite, realize lower overall equipment costs, minimize downtime, and gain versatility through increased luminaire flexibility and operator control.