Under Pressure: Testing Before Deployment is Integral to Success at Sea

Rigorous Pressure Testing Can Uncover Problems Before They Become Costly 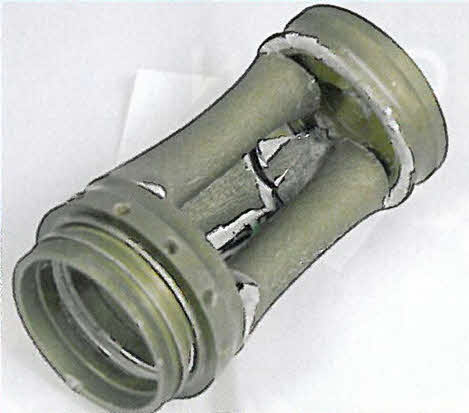 “Nature sides with the hidden flaw” is a fitting corollary to Murphy’s law. Success below the high seas comes largely from detailed planning and careful preparation. Capt. Don Walsh, pilot of the bathyscaphe Trieste I, in its historic two-man dive to the floor of the Challenger Deep in the Mariana Trench, recently said, “Successful operation depend on a skill-to-luck ratio. While luck is important, you always want skill to be more than 50 percent.”

Pressure testing has a long and storied history and remains one of the most useful tools designer have available. It is a critical part of preparation but often one of the first steps to be cut when resources get stretched. With the limited availability of ship time, combined with the high cost of ship operations and equipment and long lead time of grant and project funding, it makes financial sense to validate system integrity before deployment. Equipment should not see pressure for the first time on its deployment. External pressure testing is a critical environmental test that is par to routine mechanical testing protocols. Ideally, pressure testing should simulate the actual conditions of operation and complement a full systems test that includes electronics and software validation.

This article will summarize current pressure testing paradigms and protocols used with pressure testing facilities, based on the experience of operating the DeepSea Power & Light high-pressure chambers, some of which operate to 30,000 pounds per square inch under computer control. This article is limited to a discussion of external hydrostatic pressure testing.

Under Pressure: Testing Before Deployment is Integral to Success at Sea

As seen in Sea Technology, February 2009